Sintra was, in the 19th century, one of the first cradles of romantic architecture in Europe. Its own climate and the consequent nature attracted the eyes of those who, sensitized by the landscape, dared to retouch it with a stunning architecture in an edenic harmony conducive to the contemplation of the beautiful and sublime.

It is in this picturesque setting that we find at outskirts of Sintra  historic center,  the Quinta da Regaleira. Designed and built in the late 1800s, it reflects the sensibility and cultural, philosophical and scientific interests of the principal owner, António Augusto de Carvalho Monteiro (1848-1920), together with the virtuosity of the Italian architect and scenographer Luigi Manini (1848-1936). The culture and creativity of these two personalities resulted in an eclectic-revivalist architectural ensemble, with a particular focus on the Manueline, Renaissance, Medieval and Classical styles. 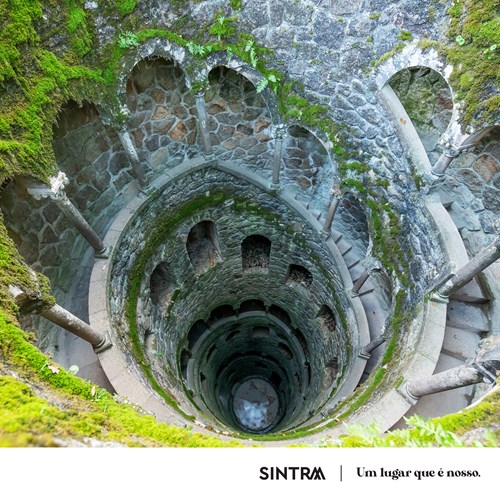